HomeDesignThe Creation Story, The Early Years Part One: “There is No Interior Design in NH”

The Creation Story, The Early Years Part One: “There is No Interior Design in NH”

As 2022 is Stibler Associates’ 40th Anniversary, it seems appropriate to reflect on the very early years.

“There is No Interior Design in NH”

That quote was from a letter to me in 1979 when I wrote to several architects in NH, asking for an interior designer position.  Hmmm thought I, how can this be?  After a few years as a commercial designer in the Washington DC area, I was accompanying my then husband to NH as he joined the UNH faculty.  I could work in Boston but after experiencing the DC commute, that option was not high on my list.

My first sign, as shown by my mother, Polly Byrd

With the DLPA promise of continued support as I went solo, I hung my first sign on August 2, 1982, convinced that relationships with many professional partners were the path to creating the firm I imagined.  Sharon Stanley IIDA, who I had hired while at Don’s firm, joined me as the first employee and we became “Stibler Associates” in a few short months.  Later, Sharon became the firm’s vice-president.  Our first clients were St. Mary’s Bank and the McLane Law Firm, to be followed by many long lasting relationships.

Watch for Part 2, “The Art of Not Selling Sofas”… 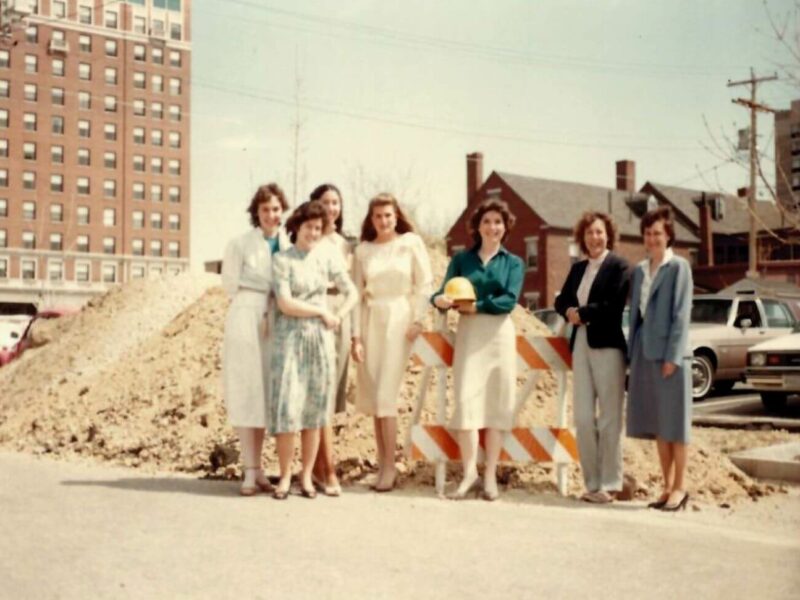 The Creation Story, The Early Years Part Two: “The Art of Not Selling Sofas”